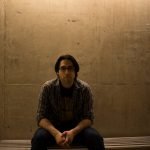 Noam is an emerging multi-instrumentalist, songwriter, producer and audio engineer. from Toronto Canada. He began his career playing in event band circuit in a bandleader and musician capacity. During this time Noam attended York University where he studied Jazz and Folk guitar. His time at school allowed Noam to hone his guitar skills and strengthened his overall understanding of music theory. After two years of gigging in the event band scene he created the original Pop/Blues band Human Index. In August of 2015 Human Index Released a series of live performance videos however the band lost a member which caused a halt in momentum that eventually led to the bands end in 2016.
Noam began working at Cosmo Music Superstore where he developed a love for engineering and audio equipment and in 2017 he began working with clients to create ideal backing tracks for live performance. The love for this type of work led Noam to enrol at Seneca College’s Independent Music Production program that Fall. Seneca expanded on Noam’s musical foundation and elaborated on songwriting skills, audio engineering workflows and social media and marketing tactics. The IMP course taught Noam how to take a song from the pre-production stage and develop that song straight through to final stages of mastering and marketing.
After Noam graduated with high honours in 2018 he managed to secure an internship with the highly regarded Revolution Recording. The engineers at Revolution taught Noam how to operate in a professional studio. The studio gave Noam the opportunity to record and assist on very high-profile sessions and learn on some of the best gear in the industry. In 2019 Revolution was awarded with the CMW’s “Studio of the Year” award.
Noam concluded his internship in 2019 and began developing his own brand, Noam Halberstadt Music. NHM is geared towards a very DIY mentality and Noam takes a lot of pride in building and modifying all of his equipment to relate to the project. Noam is currently continuing to produce, engineer gig and teach.