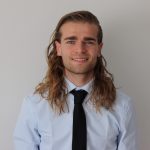 For over 10 years I have been working with and manipulating digital audio. As a beginner, I used FL Studio to create music and inherently began live performance DJing with Serato. Amongst a few MIDI controllers, including keyboards and DJ controllers, I was able to create and support an artist brand for myself. It became apparent that there was so much more to be accomplished with this foundation of knowledge about digital audio that I then applied to Trebas Institute.

At Trebas, I had the opportunity to work in multiple professional recording studios where I worked with engineers and artists on numerous productions, including voice actors and children. Pro Tools and Ableton Live were the software programs of choice at Trebas and I was able to excel at them as I had the fundamental knowledge of workflow and sound design.

As the year progressed I was introduced to audio post production and it rapidly became a great passion of mine. The ability to create sounds in Ableton and synchronize them to picture with Pro Tools had tied my two worlds together.

From here I was offered a contract job working with a talented production team on a short film while still attending classes. As my time at Trebas drew nearer the end, I became very comfortable sitting in studios working on mixing consoles and everything that surrounds it, including outboard gear, studio floor setup, microphone placement and techniques that yield quality recordings.  After graduating Trebas Institute with a diploma in Audio Engineering & DJ Arts, I was awarded the ‘Studio 306 Audio Engineering award’ amongst my entire year of approximately 100 graduates. As an individual with many skills in various facets of Audio Engineering, I started working as a freelance audio engineer where I am able to fulfil my needs as a music producer, sound design artist and audio post production engineer.