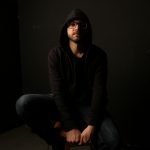 Cameron Tinklenberg, a keyboardist, pianist, and electronic music producer originally from Wilmington, North Carolina, US is a very versatile and experienced musician who is relatively new to the Toronto music scene. Having performed and played a wide variety of musical genres such as jazz, hip-hop, reggae, funk, rock, blues, EDM, folk, and almost anything in-between, Cameron has had a broad musical career and continues to perform and play throughout Canada and the United States. Cameron has performed with many North Carolina based groups such as The Coastal Collective, Temple5, The Keith Butler Trio, The NuJazz Trio, Rebekah Todd & The Oddyssey, The Valedictorians, Heritage, and many others. He has also played alongside prominent jazz musicians such as Herman Burney, Delfeayo Marsalis, Joe Chambers, Matthew White, to name a few. He was the co-founder of The Coastal Collective and Temple5, which are two well known jazz/hip-hop groups in North Carolina. He composed music and performed as a keyboardist extensively at music festivals throughout the southeastern United States, and has had the pleasure of opening up for Lupe Fiasco, CeeLo Green, Nappy Roots, J-Swiss, Wordsworth, and many other prominent hip-hop artists. Cameron has been apart of tours across the US and currently stays busy pursuing his masters in Music Technology and Digital Media at The University of Toronto. Having taught electronic music production and piano for many years, Cameron prides himself in being an effective and personable teacher who strives to push every student to realize their musical potential.