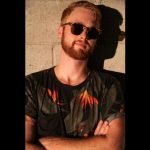 Zackery Reynolds is a Toronto jazz guitarist and bassist who graduated from his undergraduate degree at York University in 2018. During his time at York University, he studied with many different masters of the jazz tradition such as Lorne Lofsky, Kelly Jefferson, Artie Roth, Frank Falco and Roy Patterson. Studying directly under Lorne Lofsky and Arite Roth, Zackery has developed his playing on both the guitar and the bass and can play in several different jazz contexts as well as contemporary and popular styles. Presently, Zackery is working on two projects outside of jazz. His co-founded ensemble, “The Donnys,” is an indie-rock project that has been working together for 6 years. This group has recorded professionally with Riverworks Studios producing two EP’s, “Fortune / Hot River – Single” and “Rhoda Monroe” that are now available on iTunes Music, Bandcamp and Spotify (see links below). These recordings were played on 94.9 FM The Rock and have been featured on the radio station 102.1 The Edge for their participation in The Edge Next Big Thing contest. This group is currently in the process of putting out a debut album that should come out next year. He is also participating in an instrumental post-rock ensemble called “Behind Blind Eyes,” which released their first album “In a Shadow of a Tree” and are assembling a second album within the next year.