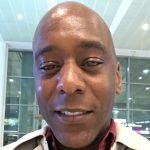 Jordan Nicholas Kane is a highly skilled and trained musician. Delving into musical areas such as being a prominent militant and jazz drummer, Jordan is also a burgeoning classical and jazz pianist and vocalist with over two decades of experience on all his instruments.

With escalating industrial standards Jordan has taken the time to procure knowledge of theoretical songwriting, and his craftsmanship as a recording artist and sound engineer sends to his listeners beautiful and hygienic sounds of good transient vibrations.

Professionalism is not just a word for Jordan, it’s a way of life for him. Jordan’s professionalism not only exudes from his musical performing aspects but trails all the way into his own life. Jordan is extremely self-motivated and results driven; a type A personality, and is very passionate about music. His techniques are as stunning as they are clean. He is disciplined and professional to his approach to business, work, and in all his engagements. He is conscientious, articulate, polite, friendly, courteous, and gracious in his relationships, and in his appearance, he is always appropriately dressed for the occasion.

Jordan has held positions as an Adjunct Professor and a Teacher’s Assistant at a Five Towns College in the U.S.A. In Canada, he’s worked as a manager at AK Arts Academy and as supervisor at the Piano Teacher’s Association. He enjoys working with and mentoring new talent.

Born in Canada, Jordan was raised in Florida, spending his younger years in Orlando, taking private piano lessons there, before returning to Canada to study music. He graduated with an Advanced Technical Diploma in Canada at The Humber College Institute of Technology and Advance Learning and Performing Arts majoring in piano. After that, Jordan continued his education by completing his undergraduate degree at Y ork University Canada , majoring in a Specialization Bachelor of Fine Arts Honours. Onwards, Jordan completed his Master’s degree at Five Towns College , a private institution in New York City.

Jordan has continued his endeavors in composition, arranging, music history, and theory, all the while developing his own practice and teaching at numerous institutions that include curriculum training. These institutions include Ontario Conservatory of Music , Piano Teachers Association, Merriam School of Music , and AK Arts Academy. Jordan believes that his teaching philosophy plays an integral part of each one of his student’s education as well as their own self-expression. As a music educator, Jordan believes that it is his responsibility to provide well-prepared quality instruction to help each student realize his or her own potential and abilities. He also believes that every student, no matter what challenges they are faced with, can benefit from music instruction.
Jordan also believes that music itself is a unique medium in that it can integrate many other subjects and disciplines such as science, math, and history into its curriculum, thus, providing students with a more well-rounded and holistic education. Many other invaluable “real world” lessons can be taught and fostered through music instruction: teamwork, cooperation, tolerance, respect, as well as the building of independent and critical thinking skills, just to name a few. Jordan strongly believes that music, as well as other forms of art, are necessary if we expect our students to be great thinkers and achievers.

With over 400 played venues and over 20 years of experience, Jordan’s successful studio work indeed overshadows his passion for the art of music. As a composer, Jordan has always been interested in networking the integration of acoustic percussion with electronic music as well as acoustic music. He has written music for educational purposes, media purposes, and cultural interest group purposes. In addition to writing and performing with a progressive rock band named JOJETO , Jordan’s drumming has been featured on numerous albums and commercial soundtracks, and his jazz compositions have been featured on Canada’s CBC Radio.

To all potential students, Jordan says “I hope to instill in you the desire to be diligent in your practice and to aim for a pure and hygienic utterance of quality whether it is from the vocal cords or from a man-made instrument.”